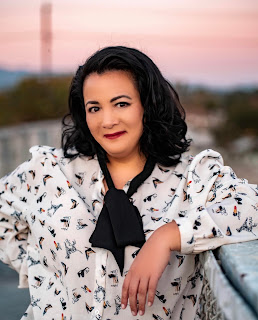 Jenelle Lynn Riley   is an American screenwriter, actress, journalist, and producer. Riley wrote the 2015 short film  Warning Labels , directed by  Jennifer Morrison , and is the host of  Variety ' s  Actors on Actors , for which she has won a  Daytime Emmy Award  and two  Los Angeles Emmy Awards . She is also an editor for  Variety [2]  and contributor to  The Huffington Post . [3]  She wrote and directed the award-winning play "A Kind of Love Story" which had its world premiere at  Sacred Fools Theater Company  in Los Angeles. She is the regular host of career conversations for the  SAG-AFTRA Foundation , where she has conducted lengthy interviews with various actors. Source:  https://en.wikipedia.org/wiki/Jenelle_Riley https://variety.com/author/jenelle-riley/
Post a Comment
Read more 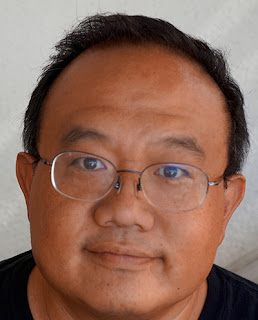 George Huang  is an American filmmaker.  In addition to working on his own films, he also contributes work to other independent  filmmakers , including  Robert Rodríguez .   In 1992,   Columbia   acquired the distribution rights to the film   El Mariachi   by   Robert Rodríguez . As the film was being prepared for release, Rodriguez struck up a friendship with the young studio assistant with whom he shared a love of film. As Rodriguez, a native and resident of   Austin, Texas , had no   L.A.   residence, he stayed at Huang's apartment. Rodriguez – known for his money-saving and high-quality  filmmaking  techniques – was amazed by Huang's blasé attitude toward the way his superiors spent millions and millions on the production of a single motion picture. Huang, believing his own original stories would never be told, shared some story ideas with Rodriguez, who promptly told his new friend and roommate that he needed to immediately quit his job and make his own films. Huang w
Post a Comment
Read more 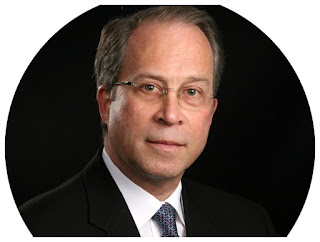 Rick Alan Ross is the founder and Executive Director of The Cult Education Institute. He is an internationally known expert regarding destructive cults, controversial groups and movements and author of the book "Cults Inside Out: How People Get In and Can Get Out." Since 1982 he has been studying, researching and responding to the problems often posed by controversial authoritarian groups and movements. Ross has been qualified and accepted and testified as an expert witness in court proceedings across the United States including US Federal Court.  He has also frequently assisted local and national law enforcement and government agencies. He has personally assisted thousands of families in an effort to help the victims of destructive cults, groups and movements. Ross is one of the most readily recognized experts offering analysis about destructive cults, controversial groups and movements in the world today. GQ Magazine identified "Rick Alan Ross [as] America’s le
Post a Comment
Read more 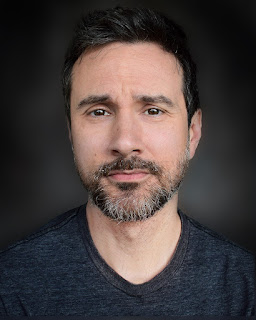 Born in Cleveland, Ohio, Josh Robert Thompson spent much of his childhood making silly voices into a Fisher-Price tape recorder. Josh's gift for mimicry eventually brought him to Los Angeles and The Late Late Show with Craig Ferguson, where he appeared in a number of sketches—most notably as Robert De Niro, Arnold Schwarzenegger and Ralf Hütter of Kraftwerk. Behind the camera, Josh provided the voices of an invisible house band, a talking rhino head named Sandra, celebrity insects, and every caller on Ferguson’s desk phone. But it was his role as Craig’s robot skeleton sidekick—Geoff Peterson—that proved to be Josh’s big break, creating one of TV’s most unlikely and endearing late night duos.  For over a decade Josh’s wide range of voices and impressions have appeared on FOX’s Family Guy, as well as American Dad, Robot Chicken and Skylanders Academy, just to name a few. In audiobooks, Josh has provided character voices and narration on over 30 projects—most notably author Micha
1 comment
Read more 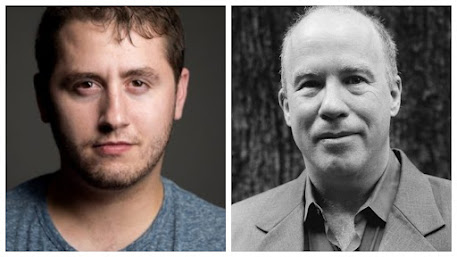 Mark Danner is a writer and reporter who for three decades has written on politics and foreign affairs , focusing on war and conflict. He has covered Central America , Haiti , the Balkans , Iraq and the Middle East , among many other stories. Danner holds the Class of 1961 Endowed Chair in Journalism and English at the University of California, Berkeley and James Clarke Chace Professor of Foreign Affairs and the Humanities at Bard College . Among his books are The Massacre at El Mozote , Torture and Truth , The Secret Way to War , Stripping Bare the Body: Politics Violence War and Spiral: Trapped in the Forever War . Danner was a longtime staff writer at The New Yorker and is a frequent contributor to The New York Review of Books. His work has appeared in Harper’s, The New York Times, Aperture, and many other newspapers and magazines . He has co-written and helped produce two hour-long documentaries for the ABC News program Peter Jennings Reporting, and his work has received, a
Post a Comment
Read more 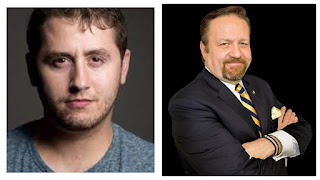 Dr. Sebastian Gorka was named as the newest Talk Show Host on the Salem Radio Network Platform, and began his show AMERICA FIRST on New Years Day, 2019. His ascent to this role could not have been more unusual, or more of a true “American Story.” To find out how it began, you have to go back to the 1950s, to Communist-controlled Hungary. Hoping for freedom after the utter devastation of the Second War, the proud nation of Hungary was instead taken over by a Stalinist dictatorship subordinate to Moscow. One young man, who had suffered under the Nazis, decided to resist and so Paul Gorka created a secret Christian student organization to subvert the Communist stranglehold of his homeland. Paul was eventually betrayed by the British double-agent Kim Philby, arrested by the Secret Police, tortured and then given a life sentence for fighting for democracy and liberty. After two years in solitary confinement, two years down a prison coal mine, and two years in the central political pr
Post a Comment
Read more 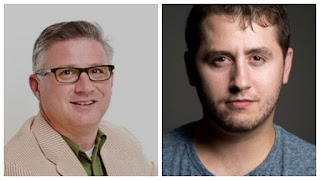 Cyrus Krohn has been a cutting-edge communicator, digital innovator, and new media executive for over 20 years. Krohn is Principal of Krohn Zone, LLC, a consulting firm focused on corporate digital media strategy. He was Senior Vice President of Business Development at Civic Science, Inc. He advises businesses including Democracy Live, a voting technology company, and Element Data, Inc., focused on decision intelligence software. He managed the acquisition of the Cheezburger Network, one of the world’s largest digital media companies focused on humor and entertainment, to Literally Media. Prior to Cheezburger, Krohn co-founded Crowdverb and sold the start-up to WPP, the world’s largest communication services group. Krohn has worked as a senior director and executive producer at technology companies including Microsoft and Yahoo. In 2013, Krohn was named one of the Top 50 digital political strategists in the United States. Krohn served as director of digital strategy for the Republican
Post a Comment
Read more
More posts